What is a Marine Mammal?

Three major types of marine mammals are found in the Pacific Northwest: cetaceans (whales, dolphins and porpoises), pinnipeds (seals and sea lions), and sea otters. They are all air-breathing, warm-blooded mammals, derived from terrestrial ancestors, who depend on the marine environment for their survival.

Cetaceans are divided into two groups: Mysticetes (baleen whales with paired blowholes) and Odontocetes (toothed whales with one blowhole). It is never normal to see whales dolphins, and porpoises on the beach. Their bodies are not adapted to survive out of water for long periods. If you observe a live or dead whale, dolphin, or porpoise on the beach, call the stranding network immediately at 800-452-7888.

Pinnipeds divide their time between foraging at sea and coming ashore to rest, mate, give birth, suckle their young, and/or molt (shed their hair). They are divided into two families. Otariids (sea lions and fur seals) have external ear flaps, long front flippers, and the ability to rotate their hind flippers under their pelvis to walk on all fours on land. Phocids (seals) do not have external ear flaps, have short front flippers with claws on their ends, and move on land on their bellies, like a caterpillar.

Sea otters are members of the weasel family that have adapted to life almost entirely in the water. Sea otters have short, paddle-like tails and webbed feet and are larger than river otters. They spend most of their time floating on their backs. River otters are sometimes mistaken for sea otters, as they sometimes venture into the marine environment. 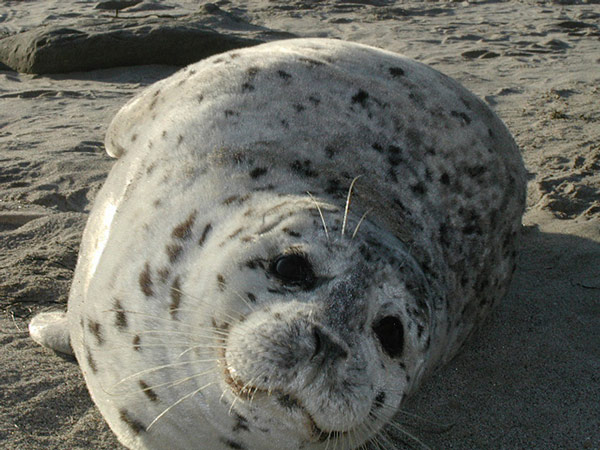 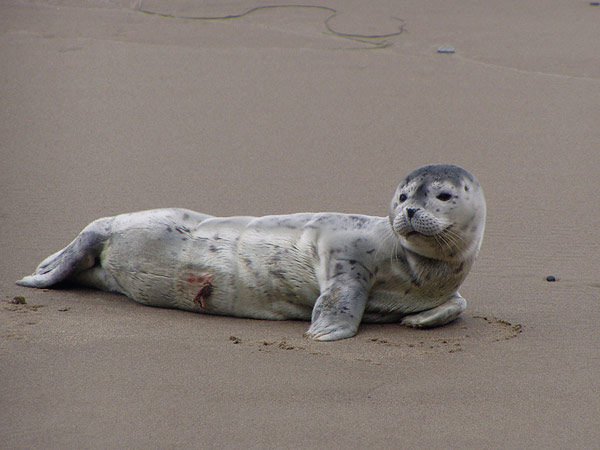 Harbor seal pups are frequently found alone on the beach. They are usually not stranded, but simply resting (as all baby mammals must do) and waiting for their mothers to come back ashore to nurse them. Adult female seals are shy and unlikely to rejoin a pup if there is activity nearby. They may only return to suckle their pup at night when people are not around. It is very important not to interfere with this process, and especially not to move a pup from where it is receiving care from its mother.

Within three or four weeks of birth, harbor seal pups are weaned from maternal care and are left to fend for themselves. While learning to find and catch its own food, a young seal may come ashore frequently to rest. This is often a very challenging stage of life, and. not all pups survive. But while it may be tempting to “take them in,” their best chance for survival is to be left alone on the beach. 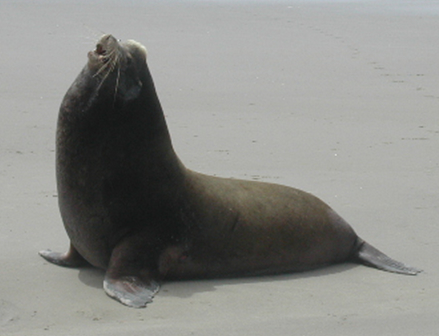 Most of the California sea lions found in Oregon are adult males. It is rare for females to travel north of their primary range off the coast of southern California and Baja California. These boisterous animals are quite common in bays and harbors, often hauling out on floating docks and jetties. Strandings are common on ocean beaches during the fall and spring, when large numbers of adult males are making lengthy migrations to and from the breeding areas of southern California. 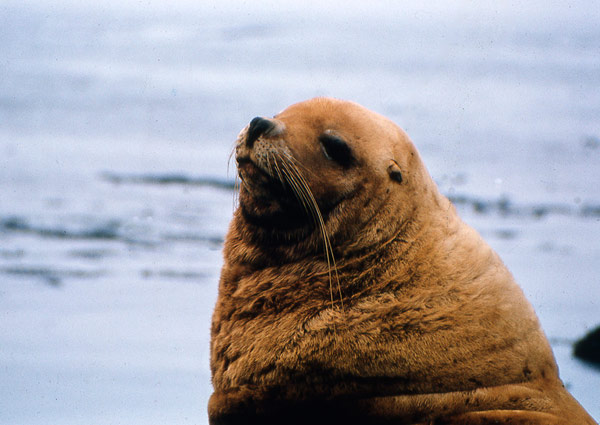 The Steller, the largest of the sea lions, is typically found near remote reefs and rocky haul out areas, particularly off the south coast, as well as in the lower Columbia River. Strandings occur sporadically, throughout the year, on ocean beaches. 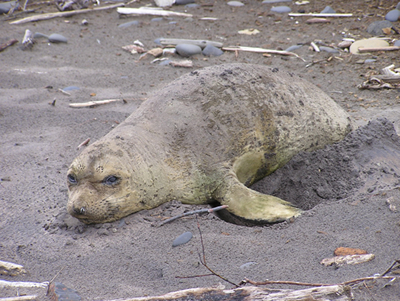 Although adult elephant seals are rarely reported in Oregon, juvenile elephant seals routinely come ashore on Oregon beaches, typically during the spring/summer molting season. Elephant seals go through an annual molting process, in which they come ashore to shed their hair and skin. This natural process takes weeks to complete, and is often marked by irregular breathing, weepy eyes, runny noses, and damaged-looking skin. But as bad as molting animals may look, they are going through a normal and necessary process, and are usually are not stranded. 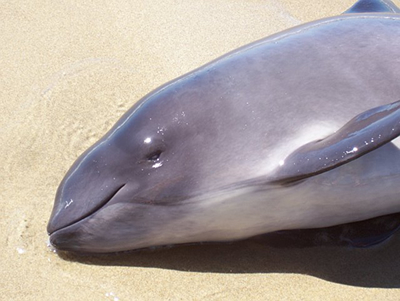 Harbor porpoises are often found close to Oregon beaches in spring and summer. Due to their small size, they are often mistaken for “baby whales.” If found alive on shore, they can sometimes be successfully returned to water. Dead porpoises are often scavenged very quickly by birds, so it is important to report and protect porpoise carcasses quickly so that valuable information about these animals is not lost. 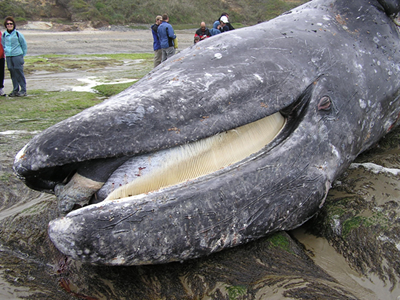 Gray whales are very common off the Oregon coast, particularly during periods of migration between the summer foraging grounds in the high arctic and the winter calving waters of Baja California. Contrary to common belief, gray whales feeding close to shore are not in danger of stranding. They are bottom feeders, and frequently come extremely close to shore (near rocky cliffs and in the surf zone) to forage. Some gray whales dive near crab pot buoys to feed on mysid shrimp found near crab traps. This activity gives the mistaken impression that the whales are entangled in fishing gear.