The Oregon Marine Mammal Stranding Network began in the 1980s, under the umbrella of the Northwest Marine Mammal Stranding Network, as an informal alliance of marine mammal experts from Oregon universities interested in collecting information and specimens from stranded marine mammals. With the advent of the John H. Prescott Marine Mammal Rescue Assistance Grant Program in 2002, funding for a dedicated full-time Stranding Coordinator became available, enabling work to progress from casual observations of marine mammal stranding events to a serious scientific endeavor involving the systematic collection, analysis, and archiving of stranding data and biological samples. Data collected from such events are entered into a national database that is used to establish baseline information on marine mammal communities and their health.

We generally Do NOT: 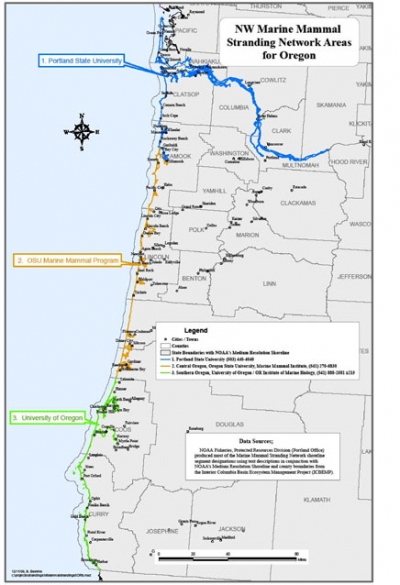